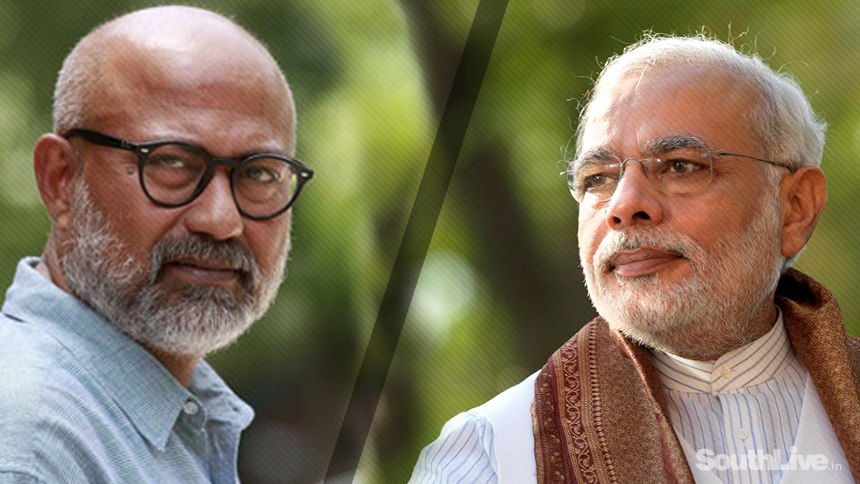 On 2 November 2016, as Prime Minister Narendra Modi presides over the Ramnath Goenka Excellence in Journalism Awards—instituted by the Indian Express in honour of its founder—at least one recipient is conspicuous by his absence. Akshaya Mukul, a senior journalist from the Times of India, has boycotted the ceremony. Instead, Krishan Chopra, the publisher and chief editor at HarperCollins India, the publishers of his book, Gita Press and the Making of Hindu India, received the award on his behalf.

Mukul, a veteran who has worked as a reporter for close to 20 years, has been conferred the RNG award in the category of Books (non-fiction) for this book, which sheds light on the ideological moorings of Hindutva—ironically, the lynchpin of the prime minister’s politics. Since its release in August 2015, Gita Press and the Making of Hindu India has elicited rave reviews and won literary awards such as the Tata Literature Live! Book of the Year Award, and the Atta Galatta-Bangalore Literature Festival Book Prize for the best non-fiction work in English.

Mukul had no bone to pick with the RNG awards. He told me that it was an “honour” to have won one. His problem lay in receiving the award from the prime minister. “I cannot live with the idea of Modi and me in the same frame, smiling at the camera even as he hands over the award to me,” Mukul said. He invoked an incident that had taken place at Patiala House Court in February, during which a number of journalists and students were assaulted by a group of men in lawyer’s robes. The attackers were accompanied by the Bharatiya Janata Party’s OP Sharma. Noting that the episode had led to unprecedented protests by media persons, Mukul said, “Imagine, there were journalists who defended the BJP and opposed us.”

The management’s decision to invite Modi to the ceremony has reportedly irked some of the senior editors of the Indian Express as well. A journalist from the publication told me that these editors have raised questions over whether “journalism awards should be given by the prime minister at all, especially somebody as polarising as Modi.” When I asked Raj Kamal Jha, the chief editor of the paper, about the matter, he responded with a cryptic text message that appeared to disassociate the editorial department from the invitation that was extended to Modi: “Please send your query to Vaidehi Thakar of The Ramnath Goenka Foundation, which administers the award.” Subsequently, I sent a mail to Thakar, specifically asking her to explain the rationale behind inviting Modi, who, I wrote, has a consistent anti-media policy and uses every forum to run down the media. Thakar side-stepped my question. Instead, she reassured me that the Indian Express would always remain “free and fair.” “Your query,” she continued, “seems to suggest that the prime minister’s presence might have some bearing on the Indian Express’s coverage of the government or its politics. Such is not and will never be the case.”

Thakar’s response also included a long list of the politicians who have previously graced the award ceremony, starting with Manmohan Singh, the former prime minister of India, in 2006.

But India under Modi is very different from India under Singh. For one, the BJP, led by Modi and Amit Shah, has been unsparing in its response to the steadily dwindling section of the media that dares to report facts over government spin. In August 2016, for instance, the Indian Express published a story in which two of its senior journalists reported that during a closed-door meeting in Delhi, Modi had called for the BJP to reach out to Dalits and members of backward communities since the “nationalists are with us.” The BJP reacted to the report sharply. Mahender Pandey, the office secretary of the BJP, issued a two-page press release in which he called the story “fictitious,” a result of the “irresponsible attitude of the Newspaper,” and deemed the Indian Express guilty of “following the vacuous approach of the Congress & Co and Kejriwal & Co.” Pandey added that he hoped the “said Newspaper will play the role of creative journalism instead of doing fictional reporting and nefarious plotting to defame the government and work like a negative opposition.” This press release, which demanded a public apology from the Indian Express, was sent to various news organisations across the country. The subtext of the note was clear: the hallmark of good journalism would be to publish only what the prime minister wanted known; the ruling party had nothing but disdain for source-based reporting of any kind.

The message was presumably intended for those news organisations that are perceived to be an integral part of Modi’s pet peeve, “Lutyen’s Delhi”—a term the prime minister has appropriated to conjure the image of an ideological dump yard in the heart of Delhi, comprising anti-Modi voices that are led by the English media. This crowd, according to Modi, has not spared anyone over the years, including his illustrious Gujarati predecessors such as Vallabhbhai Patel and Morarji Desai.

The fundamental contradiction between Modi and the Indian Express lies in the positions that they occupy on the free-speech spectrum. One is a publication that has built itself on a legacy of unrelenting journalism. Over the past two years, the Indian Express has only added to this oeuvre with work such as its story on the increase in communal tensions in Uttar Pradesh and Bihar since May 2014,  its investigation on the Panama Papers, and its coverage of banks that wrote off over one lakh crore in bad debts between 2013 and 2015. (It bears mentioning that since the Uri attack on 18 September 2016 and the surgical strikes that were reportedly conducted by the Indian Army on the night straddling 28 and 29 September, some of the paper’s coverage has appeared to toe the government line, raising eyebrows and inviting criticism.) The other is a politician who wears his contempt for the media—which is bazaaru, or for sale, as far as he is concerned—on his sleeve.

Modi has often attempted to control both the media and the message through means fair and foul. His most favoured and effective tool remains his inaccessibility. The prime minister does not take questions from the media and even if he does, the interviews are granted as favours to hand-picked journalists after he has approved the questions. A senior television reporter who covers the BJP told me, “Information flow is only one way—top-down. Even ordinary information like the prime minister’s Uttar Pradesh campaign schedule is only given out by the BJP or even the RSS. Nothing comes from the PMO.”—the prime minister’s office.

The media has been under attack across the country, including and apart from states that are governed by the BJP. Over the past two years, criticism or even questions regarding the government’s claims have been dangerously branded as a betrayal of the nation. This is symptomatic of a culture that has thrived and grown during Modi’s tenure as the prime minister: intolerance against any form of dissent. In May 2016, Hoot, a media news and criticism website, reported that there had been 22 instances of assault on members of the Indian press over the course of the first four months of the year, with Chhattisgarh, Tamil Nadu and Uttar Pradesh leading the pack. The BJP-ruled Chhattisgarh is a particularly stark example of the party’s abhorrence for a critical press. Recently, the state police reportedly burnteffigies of academics, civil-rights activists and journalists for their “anti-national opposition” to the state’s machinery.

India ranks 133 out of 180—lower than the Central African Republic and Congo Brazzaville—in the latest World Press Freedom Index, released by Reporters Without Borders, an international non-profit organisation. Yet, since the country’s nationalistic fervour has been impervious to any dents over the past few months, it would not be surprising if the ruling party and the Indian media sought solace in the knowledge that India is ranked higher than Pakistan. The report noted that, “Journalists and bloggers are attacked and anathematised by various religious groups that are quick to take offense.” “Prime Minister Narendra Modi,” it added, “seems indifferent to these threats and problems, and there is no mechanism for protecting journalists.”

The most disturbing of these attacks are the ones that target journalists belonging to minority communities. The communally charged atmosphere that the Sangh Parivar has perpetuated has made it difficult for journalists who belong to these communities to carry out their jobs with a sense of security. As Josy Joseph, the national-security editor of The Hindu, told the digital news platform Scroll, “When I did stories against the UPA, nobody turned around and said, ‘you’re a BJP man, or a Communist or a Christian.’ Today when I do a story against the government, the first thing I hear is ‘You’re a Christian, a Sonia Gandhi agent from the Vatican.’” Mohammad Ali, also a reporter with The Hindu, echoed Joseph when he told me, “It is not that during the UPA regime my identity was not a problem while reporting. But now, things have become bad. It is very easy to call out my identity whenever the story appears to go against the BJP and its supporters.” Ali, who is writing a book on the mob lynching of Mohammad Akhlaque in Dadri, said that he only reveals his name when he has achieved a certain level of comfort with the people he is interviewing. During our conversation, he recalled sitting with the alleged assailants of Mohammad Akhlaque when one of the elderly women in the group suddenly said, “Why are the katuas”—a derogatory Hindi slang for ritually circumcised Muslims—“getting so much coverage by the media?”  “I immediately got up,” said Ali, “made an excuse, and hurriedly exited from Dadri.”

Even for this story, it has been difficult to elicit an on-the-record response from most journalists. Those in support of Mukul fear that speaking up for him could cost them their jobs. Those opposing his boycott on grounds that the “prime minister is popularly elected” are loath to be publically identified with the current regime. This speaks volumes about the success of Modi’s media-gag policy. It underscores the fear, the sense of defeat and the reluctance to stand out that is afflicting the practitioners of journalism. Meanwhile, Mukul, who said that he has been under immense pressure to attend the ceremony—both from his peers and the management at the Indian Express—is relieved that event is finally underway. “I don’t fear the consequences,” he said.

Sandeep Bhushan was a television journalist for twenty years. He is currently an independent media researcher.