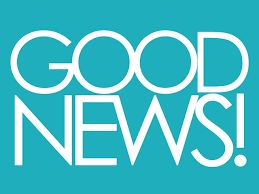 Maharashtra Government today announced several measures for speedy and complete implementation of Justice Majithia Wage Board Award , as per the mandate of the Supreme Court of India , for newspaper and news agency employees in Maharashtra .

In a meeting with representatives of JAC OF NEWSPAPER & NEWS AGENCY EMPLOYEES OF MAHARASHTRA and others, at Mantralaya in Mumbai , Maharashtra labour minister Prakash Mehta announced that the state government would form a tri-partite committee of five representatives each of employees of newspaper industry , their employers and officials of the labour department to look into complaints of non-implementation and / or faulty implementation of the Awards in the state. This state-level tri-partaite committee may also address other connected issues.

Following a detailed presentation of the matter on behalf of the JAC , by the Brihanmumbai Union General Secretary MJ Pandey , the minister also announced that his department officials will conduct a new survey in every district on status of implementation of Justice Majithia Wage Board Award as per the Supreme Court verdict .

As per the JAC demand , the survey will be based on a rigorously-drafted questionnaire, of the actual implementation of MWBA in the state of Maharashtra. Inputs from employees and their organisations would also be mandatorily obtained in the form of self-certification. The confidentiality of statements/grievances from employees would be strictly maintained to prevent subsequent victimization. The report is to be submitted to the Hon’ble Supreme court on or before 12 July 2016.

The minister also informed the meeting that Statutory Authorities under Section 17 of The Working Journalists and Other Newspaper Employees (Conditions of Service) and Miscellaneous Provisions Act, 1955 would be notified in all the six divisions of Maharashtra to facilitate the speedy processing of demands/grievances pertaining to the MWBA.

Earlier , the JAC , comprising representatives of several organisations of journalist and non-journalist employees of newspaper and news agency establishments in Maharashtra submitted a two-page memorandum to the minister that said thousands of newspaper and news agency employees in Maharashtra are eligible to receive benefits under the Majithia Wage Board Award (MWBA), which was notified by the Union Government on 11.11.2011 and ratified by the Hon’ble Supreme Court on 07.02.2014.
Consequently, the Award stands as the statutory minimum wages and other allowances of all newspaper and news agency employees in the country. However, not a single newspaper or news agency in Maharashtra has implemented the MWBA in its entirety, though the recommendations were to be implemented from 01.04.2014 and the arrears w.e.f. 11.11.2011 were to be paid in four equal installments by 01.03.2015.
The memorandum pointed out that the Maharashtra Government has, on 27.07.2015, filed a report in the Supreme Court (Contempt Petition (C ) No. 411 of 2014 in Writ Petition No. 246 of 2011) stating that 44 newspaper establishments in Maharashtra had implemented the MWBA. Unfortunately, this report has no basis in fact and has been prepared on the basis of unsubstantiated and unverified claims of various managements.
The JAC memorandum also said that more than 50 Criminal Contempt Petitions have been filed before the Supreme Court in connection with the willful non-implementation of the MWBA. On 14.03.2016 the Hon’ble Supreme Court (Contempt Petition (C) No. 411 of 2014 in Writ Petition No. 246 of 2011) was constrained to give the following direction:
“We have also taken note of the various interlocutory applications that have been filed alleging wrongful termination of services and fraudulent surrender of the rights under the Wage Board recommendations to avoid liabilities in terms of the order of the Court. As such complaints received till date are substantial in number, this Court is not in a position to individually examine each case. We, therefore, direct the Labour Commissioner of each of the States to look into all such grievances and on determination of the same file necessary reports before the Court which will also be so filed on or before 12th July, 2016.