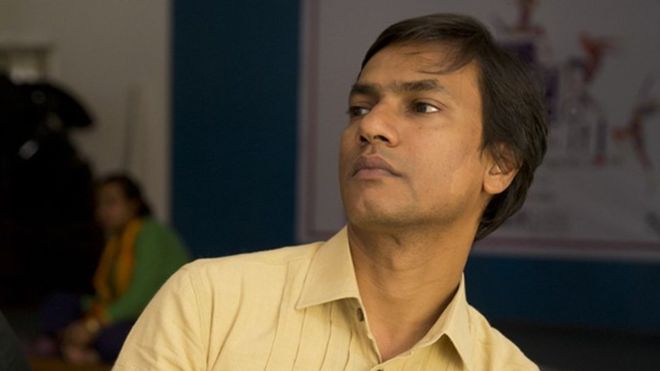 The editor of Bangladesh’s only LGBT magazine has been killed in the latest of a series of horrific murders of bloggers and activists.

Xulhaz Mannan was one of two people hacked to death in an attack in the capital, Dhaka, police said, by a gang posing as couriers in order to gain access to his apartment in the Kalabagan area of the city.

Mohammad Iqbal, the officer in charge of the local police station, confirmed that about six people had entered the apartment building and hacked Mannan and his friend to death in a first-floor flat. Two other people were seriously injured.

“A person came with a box identifying himself as courier service personnel. Xulhaz took him upstairs to his flat,” Iqbal said.

Mannan, 35, was the editor of Roopbaan, the country’s only magazine for the LGBT community and also worked at the US development agency USAid. The magazine had been launched in 2014 to promote greater acceptance of LGBT communities in Bangladesh.

A security guard at Mannan’s building said the group had identified themselves as courier company officials when they arrived at around 5pm. “Half an hour later, I heard shouting and shooting sounds from the flat and went to look into the incident,” he told the Dhaka Times. “The assailants then attacked me with knives.”

Police said they had found the box, but did not divulge its contents.

Marcia Bernicat, the US ambassador to Bangladesh, condemned the killing. “I am devastated by the brutal murder of Xulhaz Mannan and another young Bangladeshi,” she said.

“We abhor this senseless act of violence and urge the government of Bangladesh in the strongest terms to apprehend the criminals behind these murders.”.

The deaths of Mannan and his friend adds to a series of horrific murders of bloggers and academics in the country. It comes two days after Rezaul Karim Siddique, 58, an English professor, was hacked to death with machetes as he walked from his home to a bus station in the north-western city of Rajshahi.

Earlier this month, Nazimuddin Samad, 28, an atheist blogger was murdered near Jagannath University, where he was a law student.

Mannan, as well as being editor of Roopbaan, had been behind an annual “rainbow rally” in Dhaka, which since 2014 had been held on 14 April, at the beginning of the Bengali new year. It was cancelled this year on police instruction.

A close friend of Mannan’s who lives in the US said Mannan had told him on Facebook that after the rally was cancelled four participants were arrested and only released after their families had been informed “that their sons were homosexuals”.

Homosexual relations are criminalised in Bangladesh and many LGBT activists have been forced into exile.