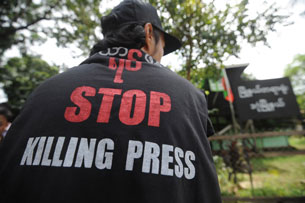 Delhi, October 3, 2015 : The Delhi Union of Journalists condemns the attack on journalists, photo journalists and camerapersons covering the Bidhannagar Municipal Corporation elections in West Bengal today. It is reported that at least 15 press persons sustained injuries in the attacks by hooligans allegedly belonging to the Trinamul Congress.

This is the not the first attack on journalists in the state ever since the Trimanul Congress came into power in the state. Many such incidents have taken place during this period. The DUJ also condemns the attack on a TV crew at Dadri.