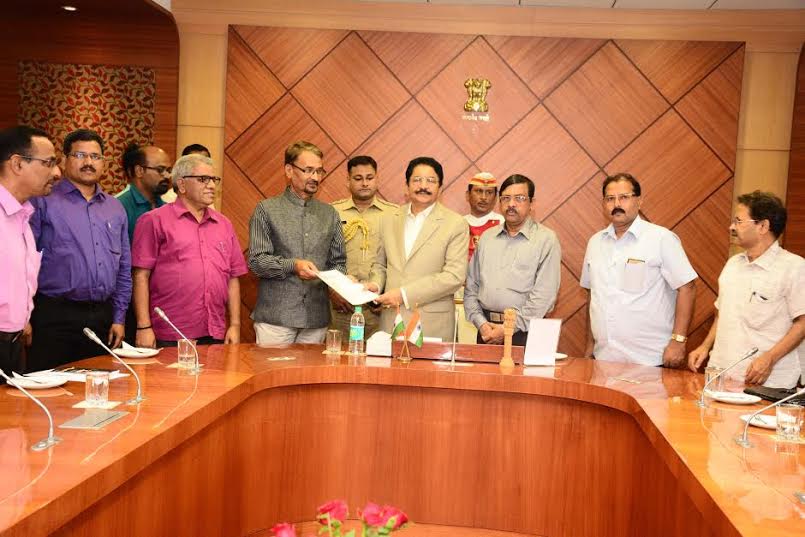 scribes, it was a pleasant surprise
when governor Vidyasagar
Rao said he was in favour
of their demand for a separate
law for protection of journalists.
In the wake of the spurt
in attack on journalists
across the state as well as in
Madhya Pradesh and Uttar
Pradesh, scribes had knocked
the doors of Raj Bhavan for
Rao’s support for a stringent
law. Rao, without any hesitation,
extended his support to
the legislation and
also promised to take it up
with chief minister Devendra
Fadnavis. He will soon write
Chavan back in biz?
Veteran Congress leader
Prithviraj Chavan has suddenly
turned vocal and aggressive
than ever. During his
stint as CM, Chavan had
maintained a discreet silence,
and at times, also given a successful
slip to the media on
crucial issues. But after the
Congress’s loss in the Lok
Sabha and state assembly
polls, Chavan has become
more active, with his comments
on crucial issues becoming
sharp and critical.
Over the row on police commissioner
Rakesh Maria’s
meeting with Lalit Modi, Chavan
said that he was in the
dark about the incident despite
the top cop claiming to
have followed protocol. Maria
had reportedly briefed the
then home minister R R Patil
and had put it on record in the
anti-extortion cell. Commenting
on the Rs 206-crore scam
involving BJP leader late
Gopinath Munde’s daughter
Pankaja, Chavan said that in
view of the enormity of the
scam, the probe should be entrusted
to the CBI. When Pimpri-
Chinchwad municipal
commissioner Shikar Pardesi
was abruptly transferred,
Chavan had revealed that
there was immense pressure
from NCP leader Ajit Pawar.
to the chief minister to ask
him to consider the proposal
at an appropriate forum. For
the first time, a constitutional
head of the state has given a
categorical assurance on the
demand for the law. Rao said
since scribes are involved in
social reforms and are catalysts
of change, it was essential
that they work without fear
and have full freedom. Veteran
journalist S M Deshmukh
said that in the past too,
scribes had called on successive
governors and chief ministers,
but there was no assurance.
Most of the past chief
ministers have said that it
was not possible to bring
in such legislation as
there were complaints
against scribes too,
while Fadnavis too
has been noncommittal
in view of a difference
of opinion among his cabinet colleagues.
Until now, most governors
too had been non-committal.
In fact, rarely do
governors of states express
their opinion. But now since
Rao has set the ball in motion,
Fadnavis will have no option
but to act.