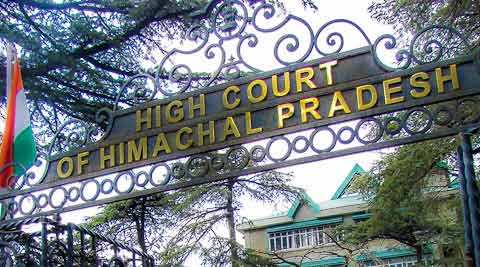 Dec 16: The Himachal Pradesh High Court today directed the state government to frame a comprehensive welfare scheme for improving working conditions of the journalists in the state. A division bench of Justice Rajiv Sharma and Justice Sureshwar Thakur also suggested the government to create a corpus funds for providing pension benefits to journalists and their dependents who have worked as active journalist for at least 20 to 25 years, and asked the government to come out with welfare scheme in three months. The bench, which passed the orders while disposing a contempt petition, made it clear that the suggestions would only govern the journalists, who earn their livelihood primarily from the field of journalism. The bench said that such schemes were already in place in states of Andhra Pradesh, Odisha and Uttar Pradesh but till date, the Himachal government has not framed the rules for the creation of welfare fund/pension scheme/health scheme for the working/retired journalists. “We recommend/suggest to the state of Himachal Pradesh to frame Working Journalists Fund Rules as framed by the Government of Andhra Pradesh as well as Government of Orissa. “We also recommend/suggest that pension scheme/health scheme be framed by the state government to be regulated by the Additional Chief Secretary/Director, Information and Public Relations, Government of Himachal Pradesh by creating necessary corpus on the analogy of scheme framed by the Government of Utter Pradesh,” the 63-page order said. PTI